The Spanish Light Metal Packaging Association (AME) held its 90th anniversary in May. This association represents the national producers of light metal packaging, aerosols and metal closures, as well as tinplate lithographers and varnishers. These companies have a turnover of around two billion euros per year, employ 5,000 workers and consume more than 600,000 tonnes of tinplate and TFS (Tin Free Steel) each year.

On May 20, AME celebrated its 90th anniversary in Avilés (Asturias, Spain) with a meeting attended by 39 representatives from 24 companies and associations, including Confemetal (Spanish Metal Sector Confederation), Ecoacero (association for the promotion tinplate recycling) and the National Association of Beverage Packaging Manufacturers. At this occasion, the day before the anniversary meeting, the Commercial team from ArcelorMittal Packaging Europe organized an event at the Avilés factory to strengthen ties with these customers. 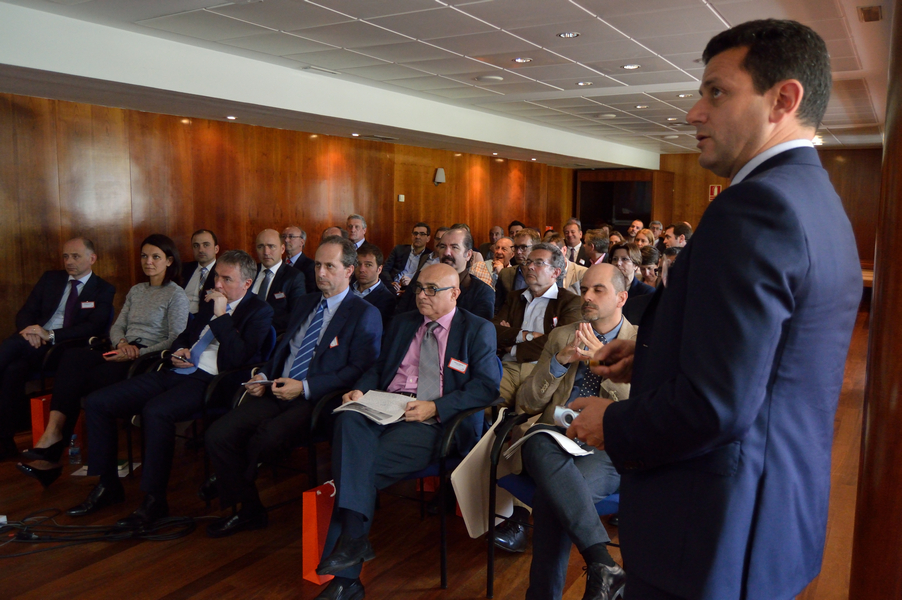 Pablo Abello, COO Asturias Finishing, presented an overview of the Asturias cluster facilities, while Roberto Suarez, head of the Tinplate department at ArcelorMittal Asturias, reviewed the good results achieved and the major investments completed in recent years, focussed mainly on enhancing the quality of the products. Marcos Merino, manager of the Etxebarri plant, described the current state of the of Maleis® production project, a range of tinplate products used in the manufacturing of cans. 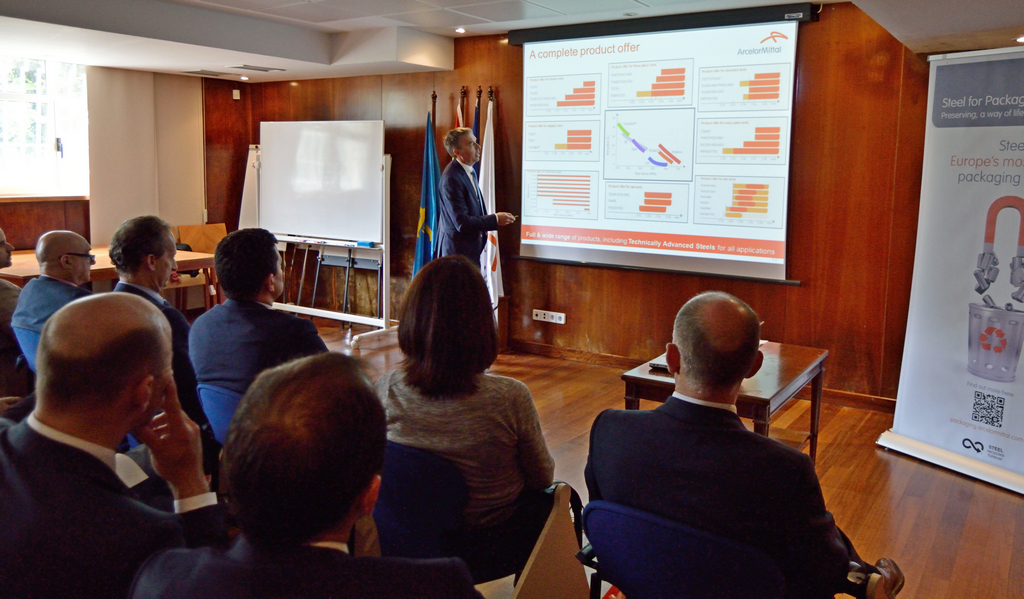 Pascal Amelot, commercial manager of Packaging Europe, presented the company’s commercial catalogue and the latest R&D projects at ArcelorMittal for this product.

Catherine Jung, Recycling manager, and Juan Pedro López representing Ecoacero talked about the Circular Economy package and how steel, with a 75% recycling rate, is the perfect material for the future.

Stephane Tondo, Chief Marketing Officer for Packaging and Energy, analysed the current consumption of tinplate in Europe and highlighted the advantages offered by this material, such as its versatility and excellent food preservation properties. He also stressed ArcelorMittal’s continued commitment to the Spanish metal packaging industry as the only tinplate producer in Spain, as well as the added value it provides for its domestic customers thanks to the company’s proximity, reactivity and comprehensive product offer.

This shows the strong relationship between the Spanish Light Metal Packaging Association and ArcelorMittal, we were very pleased to be part of this important milestone celebration!

Preserving, a way of life