ArcelorMittal has been named a top company in a new sustainability study.

The Dutch Association of Investors for Sustainable Development (VBDO) has published its 2015 study, Benchmark of Circular Business Practices, which is a comparative study of 52 Netherlands-listed companies.

ArcelorMittal, which is listed on the Amsterdam stock exchange, was ranked ninth in the report’s overall league table, in recognition of the company’s alignment with the concept of a circular economy.

A ‘circular economy’ is an alternative to a traditional ‘make, use, dispose’ economy. In a circular economy, resources are kept in use for as long as possible, extracting the maximum value from them while in use, then recovering and regenerating products and materials at the end of their life.

Steel’s recyclability gives it an inherent advantage in this respect. ArcelorMittal’s recycling rate of end of life/obsolete steel products is 87%, while steel is the most recycled material in the world.

The company was singled out in VDBO’s report for its good practice in steel recycling:

ArcelorMittal is working on steel recycling and optimal reuse of by-products and other residues. The company is one of the biggest recyclers of steel in the world, recycling around 30 million tonnes every year. When developing new products, it ensures that the steel in it is recyclable. ArcelorMittal also develops new processes that will help recovering more steel from waste streams. Additionally, the company has life cycle analysis experts and a dedicated R&D team working on the reuse of residues from the steelmaking process.

With the world’s population growing fast, and resources becoming more scare, the principles of the circular economy are quickly growing in popularity and credibility.

In the introduction to the report, VDBO explains: “Natural resource scarcity is one of the greatest challenges of our time, with major implications for economy and society at large. The principles of circular economy provide a solution to this challenge”, although VDBO also points out, for many companies the implementation of circular economy principles into business processes is still at an early stage. 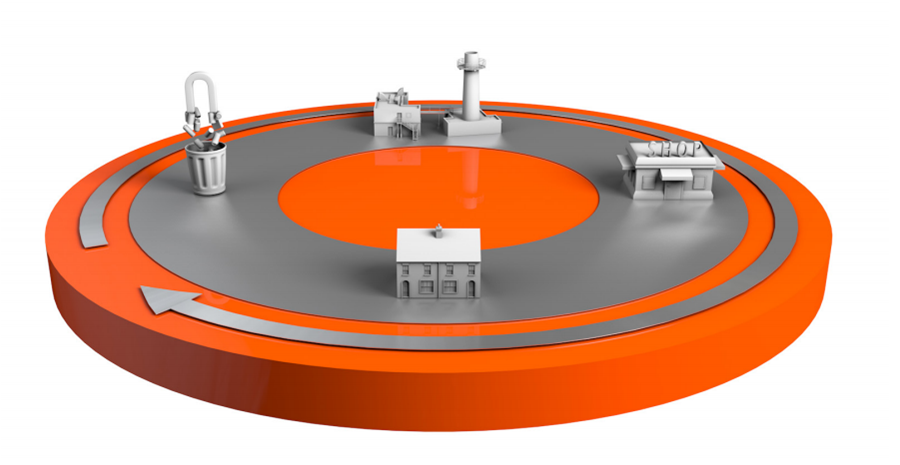